Everything You Need To Know About Champagne

ARE YOU GETTING THE MOST OUT OF YOUR FIZZ? HERE ARE SOME TOP TIPS ON HOW TO SAVOUR YOUR CHAMPAGNE.

There is always an excuse to drink champagne, if you invent one. But after the 18 months we’ve all had, you may well find that you drink more than normal. Synonymous with the word “celebration”, no event would be complete without a bottle or two (or 200) of bubbly. And while we know champagne as the ready-made party in a bottle, and there’s no ‘wrong’ way to drink it per se, there are some dos and don’ts when serving. Here’s what you need to know about champagne. Cheers!

Did you know that champagne is often served far too cold? The best temperature is 8-10°C, which is about the same temperature as the cellar where the champagne producer would have first stored it. Need to chill your champagne fast? Put it in a bucket filled with an ice slurry (a combination of water and ice) – this is quicker than if you just use ice as water transmits the cold faster. Also, try to avoid storing champagne in the fridge for too long and, for the love of all that is bubbly, don’t ever put it in the freezer.

“Too much of anything is bad, but too much champagne is just right.” – F. Scott Fitzgerald

The most common types of glasses to sip champagne from are the flute and the coupe. The latter was very popular in the 1920s, reminding us of the jazz age and The Great Gatsby, and while beautiful to look at, its wide rim means that the bubbles dissipate quickly. The flute, on the other hand, delivers a lot of effervescence, but the narrow rim means that you can’t appreciate the champagne’s aroma and flavour to its fullest. Those who know their brut from their blanc de blancs drink from a tulip glass. It’s said to enhance flavour, retain effervescence and allow the champagne to come into contact with more of the nose and palette.

“I only drink champagne on two occasions, when I am in love and when I am not.” – Coco Chanel

The average bottle of champagne holds 6.2 bar (about 90 psi) of pressure, which is about three times the pressure in a car tyre and enough of a punch to fire the cork 12 metres (which is about two-thirds as long as a cricket pitch, in case you were wondering). As a result, you want to always be mindful when removing the cork. Here’s another, er, fun fact: more people are killed each year by flying champagne corks than bites from poisonous spiders. Even in Australia. Remove the foil and twist the wire cage to loosen it, but don’t remove it just yet. Tilt the bottle 30 degrees, still gripping the cork and cage, while using the other hand to grip the base of the bottle. Then just twist the base, not the cork, and the pressure will do the work for you. You’re aiming for more of a quiet “phut” and not a “POP!”.

“Champagne is one of the elegant extras in life.” – Charles Dickens 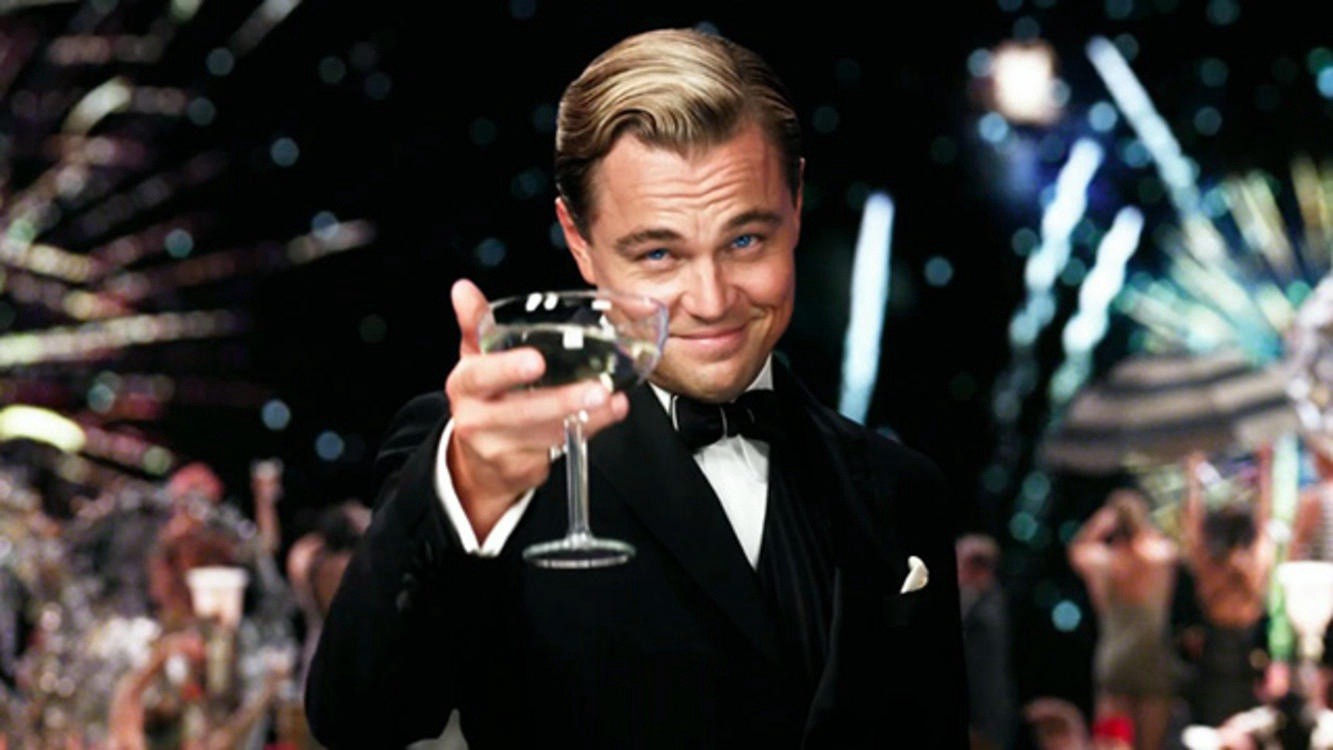 When serving champagne, you actually don’t need to tilt the glass when filling it. Just fill it up to a third, let the fizz settle and top up the rest to two-thirds, which is much more elegant than filling the glass completely. How many glasses do you get in a bottle? It can vary. Most shops stock a 750ml bottle that’s the same size as a standard bottle of wine – enough for about five to six servings.

Want to up the ante? Go large or go home we say. Here’s what you need to know about some super-sized options:

REHOBOAM
4.5 litres, it holds six standard bottles. The name of the son of King Solomon and grandson of King David, the term means ‘he who enlarges the people’.

METHUSELAH
Six litres, it holds eight standard bottles. It’s named after the oldest man mentioned in the Bible, who was believed to live to 969 years of age.

SALMANAZAR
Nine litres, it holds 12 standard bottles and is named after an Assyrian emperor.

BALTHAZAR
12 litres, it holds 16 standard bottles. Balthazar was one of the Three Wise Men who followed the Star of Bethlehem to the nativity.

PRIMAT
27 litres, it holds 36 standard bottles and is the only large format bottle (apart from the magnum) not to be named after a biblical king or figure.

MELCHIZEDEK
30 litres, it holds a whopping 40 standard bottles. This is the biggest champagne bottle in the world weighing 77kgs – you’ll be able to pour about 394 glasses of champagne from it. If you can lift it, that is…

“I only drink champagne when I’m happy, and when I’m sad. Sometimes I drink it when I’m alone. When I have company, I consider it obligatory. I trifle with it if I am not hungry and drink it when I am. Otherwise I never touch it – unless I’m thirsty.” – Lily Bollinger